DEFINITIONS
• Sensitivity: Proportion of positive images (i.e., having TB) correctly labeled as positive.
• Specificity: Proportion of negative images (i.e., not having TB) correctly labeled as negative.
• ROC curve: This curve is created by plotting the True Positive rate (sensitivity) against the False Positive Rate (1-specificity) at various threshold settings.
• Threshold (T-value): This the value set by the user to determine which images are labeled abnormal/normal.
• Az: Area under the ROC curve. This number estimates the probability of correct ranking positive/negative. It is bound between 0 and 1: the closest to 1, the better the system’s performance. 1 means a perfect classification. 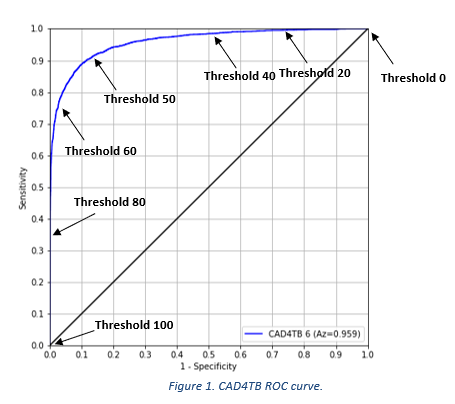 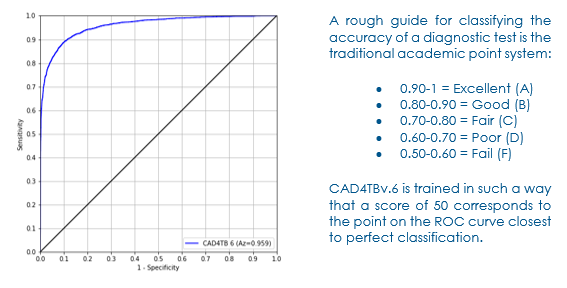 To summarize: An ROC curve demonstrates several things/characteristics of the test:
Login
Accessing this course requires a login. Please enter your credentials below!
Lost Your Password?