The official launch of E-Detect TB in Romania

The official launch of E-Detect TB in Romania

Romania is stepping up the fight against tuberculosis (TB) and announces the launch of the E-DETECT TB Screening Programme to support the early detection of tuberculosis in vulnerable groups, through a mobile medical unit. The initiative is the first Active Detection Campaign for Tuberculosis combining state of the art digital X-ray and molecular diagnostics in Romania. The launch event took place on Tuesday, November 20th, 2018 at 10.30, at the Ramada Parc Hotel in Bucharest.

Thus, with the help of a mobile medical unit equipped with imaging and molecular diagnostic equipment, specialists from the National Institute of Pneumophytiology “Marius Nasta”, with the support of PNPSCT, will perform radiological examinations procedures and sputum culture tests among the targeted populations.

Patients diagnosed with active TB will be supported to complete a full course of TB treatment according to national TB control recommendations. Ensuring successful completion of treatment is essential to stop transmission and prevent death and drug resistance.

“By launching this project, we are stepping up the fight against tuberculosis, we are taking the service directly to vulnerable population groups. TB is a complex problem, which concerns both the medical staff involved, the affected persons, the authorities, but also the community as a whole, because we are talking about a condition with a strong impact on public health.”

said Dr. Beatrice Mahler-Boca, Manager of the “Marius Nasta” Institute of Pneumophtisiology, vice president of the Pneumology Commission of the Ministry of Health.

The E-DETECT TB consortium brings together leading researchers and TB control experts at University College London with experience of running to mobile X-ray service – Find & Treat Service, Dutch TB experts of KNCV Tuberculosis Foundation with experience of TB control in the Netherlands and globally, and industry partners – Delft Imaging Systems who provided the X-ray technology for screening. This collaboration allows European partners to deliver innovation under the leadership of the Romanian national TB control program and the Marius Nasta Institute.

”This is unique opportunity that demonstrates the power of collaboration between EU countries to tackle an important public health challenge affecting vulnerable populations. EU funding has allowed us to replicate and adapt innovation from multiple countries and we are confident that this will lead to a substantial impact on rates of TB in this vulnerable group. 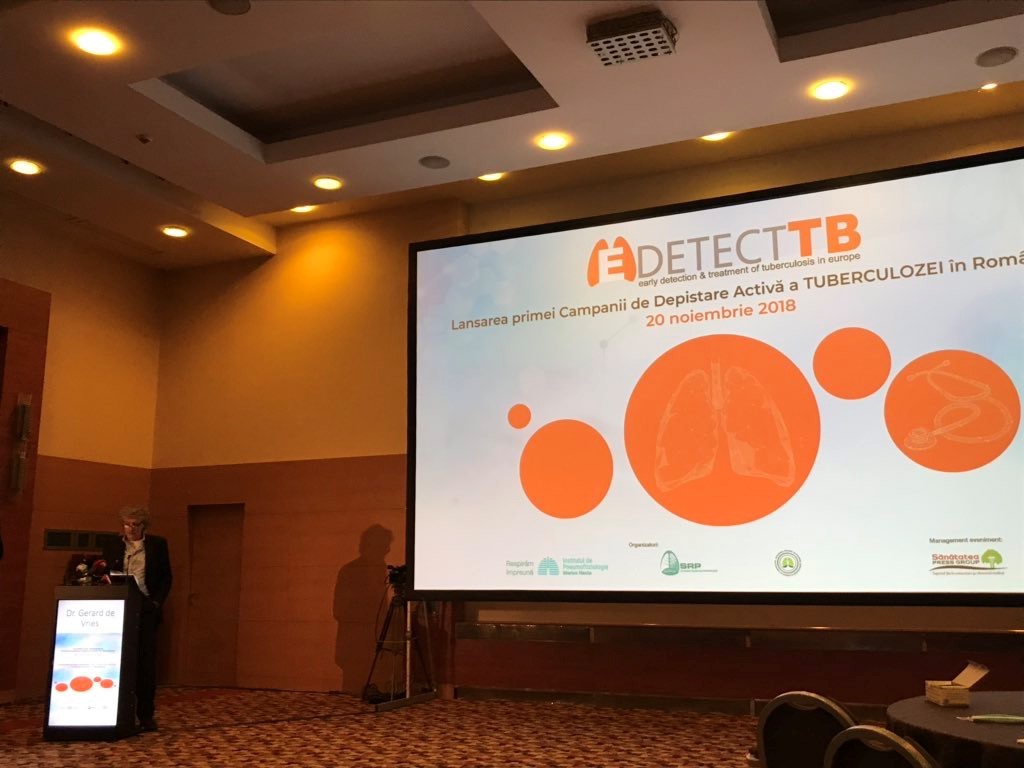 ”All efforts from Romanian, English and Dutch partners has resulted in a mobile X-ray unit equiped with rapid diagnostic tests allowing on the spot diagnosis of patients with tuberculosis within 1 day. We will collaborate closely with civil society organizations in the implementation of the screening actions and in supporting tuberculosis patients during their treatment and in their needs. The lessons learned from this project will be used to improve the screening activities in Romania and in other European countries.”

Tuberculosis, a public health priority in Romania
In our country, every year, about 1,000 people die from tuberculosis and another 16,000 are diagnosed with the disease, most of them being young and active persons. In 2016, the incidence of tuberculosis in Romania was five times higher than the EU average: 20% of all cases reported in the EU are attributed to Romania, which accounts for only 4% of the EU3 population. Thus, although important progress has been made in recent years in the control of this disease, tuberculosis remains one of the public health priorities in our country. In this respect, the National Strategy for Tuberculosis Control 2015-2020 is focused on stopping the spread of the disease among the population as quickly as possible, through prompt diagnosis of tuberculosis in patients with symptoms and treatment of the condition until healing. The Strategy, transposed into the National Program for the Prevention, Supervision and Control of Tuberculosis in Romania, follows the directions and coordinates established by the End TB 2015-2020 Strategy of the World Health Organization. 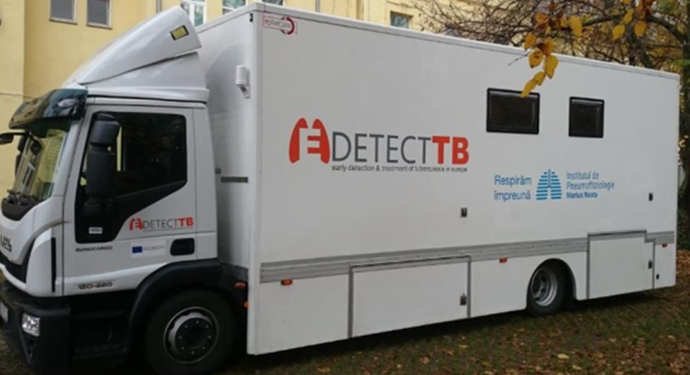 About E-DETECT TB
The E-DETECT TB project is carried out at European level in countries such as Bulgaria, Italy, the UK, the Netherlands, Romania, Sweden and includes several components: outreach for early diagnosis (Romania, Bulgaria), migrant TB detection, prevention and treatment (Italy) and establishing a database of latent and active TB in Europe (Italy, UK, Netherlands, Sweden). The programme is co-funded by the European Commission through the Consumers, Health, Agriculture and Food Executive Agency. In Romania, E-DETECT TB is implemented by a team of specialists of the ”Marius Nasta” Institute of Pneumophtisiology, with the support of the National Program for Prevention, Supervision and Control of Tuberculosis in Romania and it is co-financed by the Ministry of Health.

By Armijn Geerts|November 21st, 2018|Delft news|Comments Off on The official launch of E-Detect TB in Romania